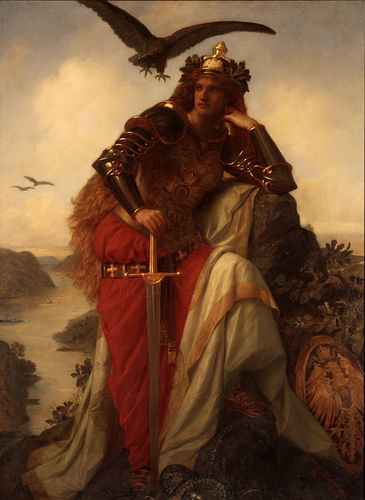 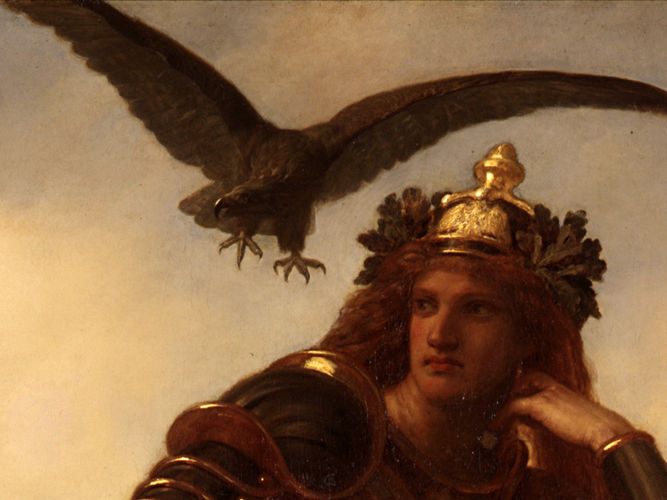 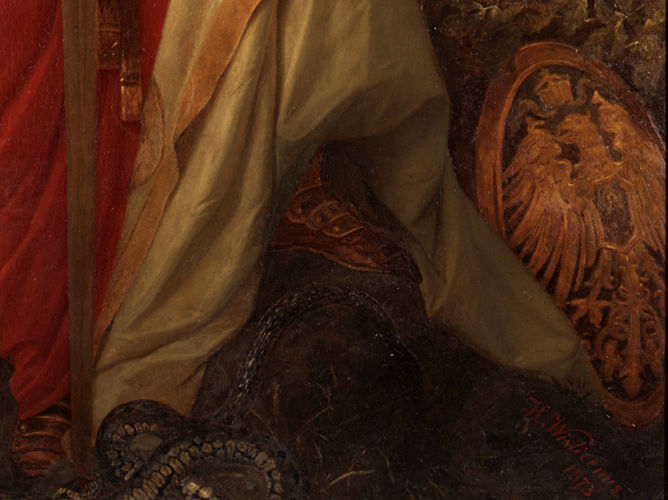 Germania or ‘The Watch on the Rhine’

Representing Germania as the personification of the German nation was popular in the 19th Century, particularly after the founding of the German Empire.

The Thuringian Hermann Wisclicenus painted Germania heavily armed, looking over the Rhine towards France. She is wearing a Prussian Pickelhaube (spiked helmet), and is accompanied by an eagle symbolic of the Prussian Adler, and also displays the emblem of the German Empire on her shield.

She is treading on a snake that symbolizes wickedness, here in reference to French demands for areas west of the Rhine. This combative depiction is inspired by Max Schneckenburger’s poem “The Watch on the Rhine” from the period of the Rhine Crisis in 1840/1841, to which music was set in 1854.

The song was sung during the crossing of the Rhine in 1870, and in 1883 was engraved in the Niederwalddenkmal (Niederwald monument).