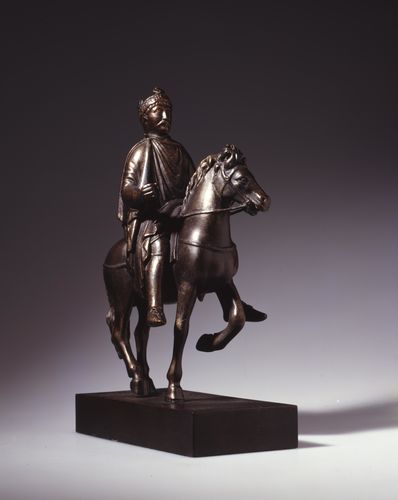 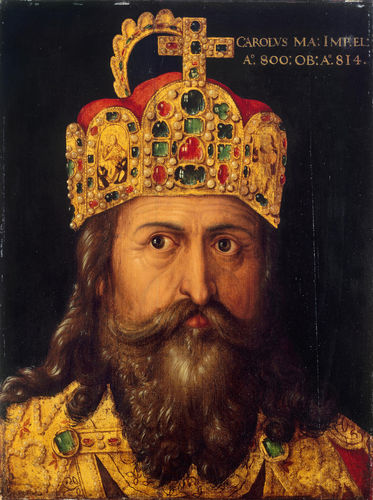 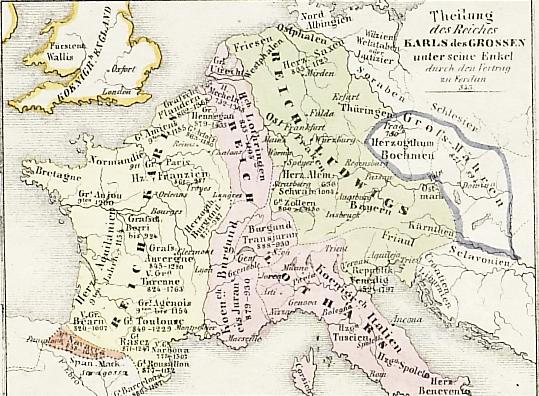 The division of the Kingdom of the Franks

In February 842, the two nephews of Charlemagne, Ludwig the German and Karl the Bald, met in Strasbourg. In the Strasbourg Oath, they swore to support each other aganist their older brother Lothair. Their grandfather Charlemagne, King of the Franks, had already established a powerful empire. His coronation as emperor in 800 was seen as bringing the empire of the Romans to the Franks.

When his son Ludwig the Pious died in 840, the empire was divided up amongst his sons. With the Treaty of Verdun in 843, the division was sealed as a Kingdom of the West Franks, a Kingdom of Middle Francia, and a Kingdom of the East Franks.

Karl the Bald and the Kingdom of the West Franks

Karl the Bald was the youngest son of Ludwig the Pious. Born from a second marriage, he was at first not in line to rule over any part of the empire. This is perhaps alluded to by his nickname “the Bald”, meaning “without posessions”.

Read the Oath in full