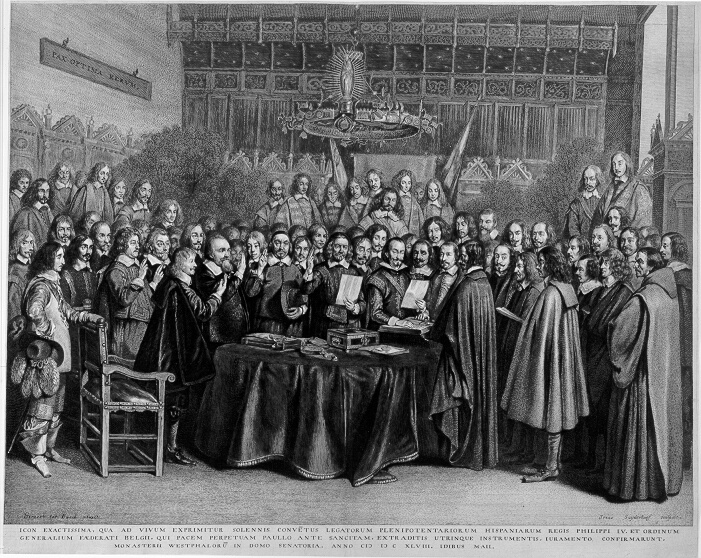 Peace, though not for the Zehnstädtebund

The Thirty Year’s War ended with the peace treaties of Osnabrück and Münster. They regulated the relationship of the empire to Sweden and to France.

The Peace of Münster confirmed France’s authority over the largest part of Alsace. However, Louis XIV refused allegiance to the Zehnstädtebund. At first, the French king Loius XIV was in favour of a careful approach regarding imperial cities. However, during the Franco-Dutch war, he ordered his troops to occupy the cities. On 5th January 1675, Henri de Turenne, one of the seven Marshal Generals of France, attacked Turckheim. The majority of its inhabitants fled, whilst others were killed. The city lost one-third of its population. In 1681, French troops also occupied Strasbourg, a German imperial city outside the Zehnstädtebund.