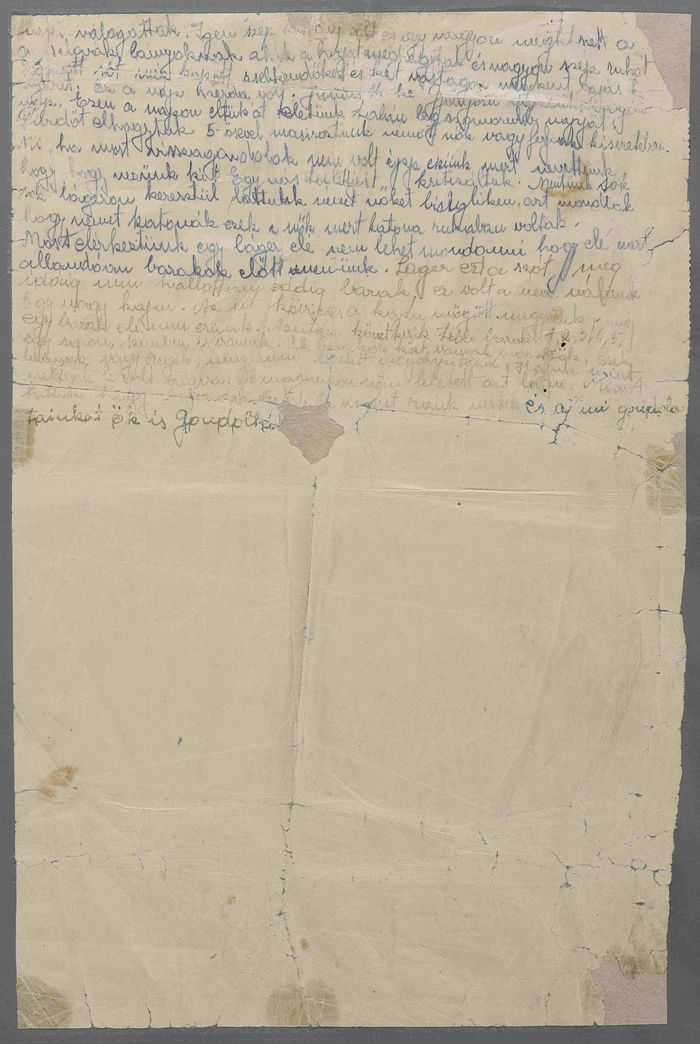 (…) Dórika was very beautiful. They gave her a very beautiful dress with two pockets, even handkerchiefs and two big slices of buttered bread. That day was a Wednesday, the 14th of June. Beautiful sunshine. We experienced the possibly saddest day of our lives. We left the bath and walked in groups of five, accompanied by German women or men. We went through many camps and saw German women on bicycles, one said that they were German soldiers, because they wore soldiers’ uniforms. We arrived in front of the camp, one cannot really say it like that, because we were walking in front of barracks all the time. Camp, I heard this word for the first time. Until now, it had been called a barrack. A big gate. We walked on the pebbled path through the gate to a barrack. Then followed the other barracks, 1, 2, 3, 4, 5 in one row, and some were on the opposite side as well. Between barracks 3, 2, 6 there were already women, girls.