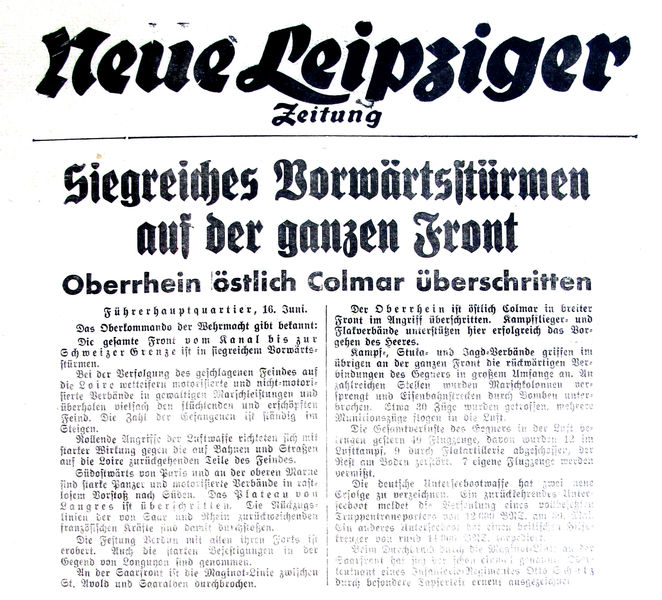 On 15th June 1940, German troops crossed the Rhine at Marckolsheim. On 17th June, they captured Colmar. Two days after this, Strasbourg was taken. The armistice signed in Compiégne on 22nd June 1940 was tantamount to French capitulation.

Alsace-Lorraine was annexed to the Greater German Reich. A ‘Germanisation’ affecting all areas of life was carried out: the names of streets, villages, and family names were Germanised. Schools had to teach in German. French books were banned from libraries. Numerous memorials were destroyed.

After 1945, it was French propaganda that propagated the idea of “cleansing”, wanting to ban everything “German”: in schools, for example, French had to be spoken again, and the Alsatian dialect was forbidden.