Weimar: The Essence and Value of Democracy
Weltwirtschaftskrise
DHM Screen
1 / 2 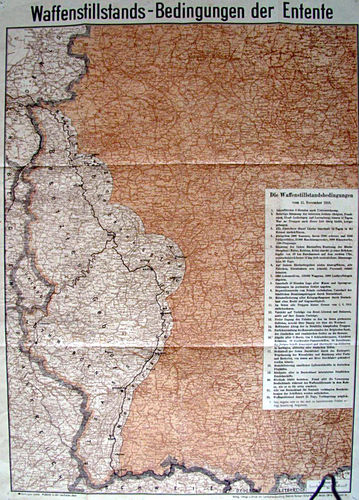 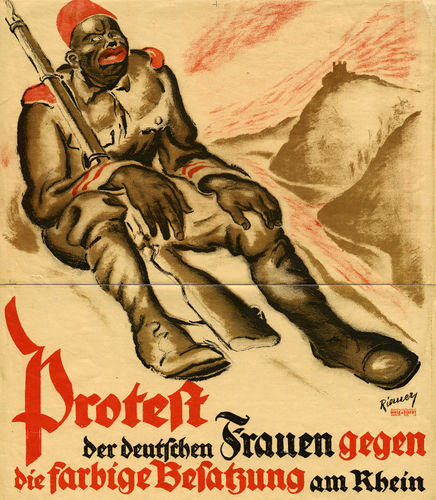 The occupation of the Rhineland

On 11th November 1918, the provisional government had to agree to the occupation of German territories east of the Rhine. West of the Rhine, an area 50 kilometres wide was declared a de-militarised zone, with four bridgeheads created around Cologne, Koblenz, Mainz and Kehl.

The French Prime Minister Clemenceau wanted to create one or more sovereign states allied to France from the Rhineland. However, the British and Americans did not want to weaken Germany too extensively. They wanted to ensure Germany made its reparation payments, and that the country acted as protection against Russia. In the Treaty of Versailles, it was agreed that the occupation of the Rhineland would end in 1935.

From 1918, 85,000 French soldiers occupied the left bank of the Rhine. 25,000 came from French colonies, mainly from Senegal and North Africa. From 1920 to 1923 an international campaign, largely propagated by Germany, decried the employment of soldiers from Africa as a “black dishonour”. Due to a commonplace racial ideology, the Reich foreign minister Köster, in an effort to influence the British and drive a wedge into their relationship with France, spoke in 1920 of an “affront to the whole of Europe”. The Department of Foreign Affairs (Auswärtige Amt) published papers in a variety of languages detailing the sexual assaults that had supposedly taken place.

A monument to honour colonial soldiers

The French authorities made great efforts to counter the German propaganda of “black dishonour”.

The role of African colonial troops in the First World War is now given attention in France. One example of this is the “Monument of the Black Army” in Reims that was dedicated in 1924. Despite this new image of the African soldier, here it is a European officer, surrounded by four African soldiers, who carries the French flag. The monument was removed by German occupation soldiers in 1940. Its whereabouts remain unknown. Ever since, this search has had symbolic meaning for France.