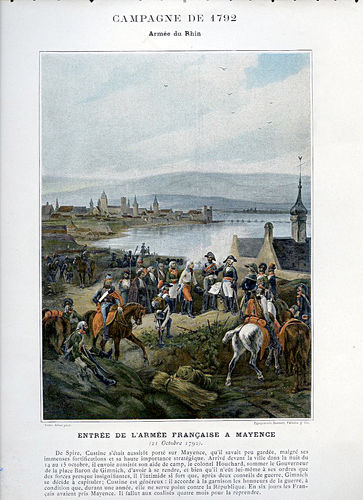 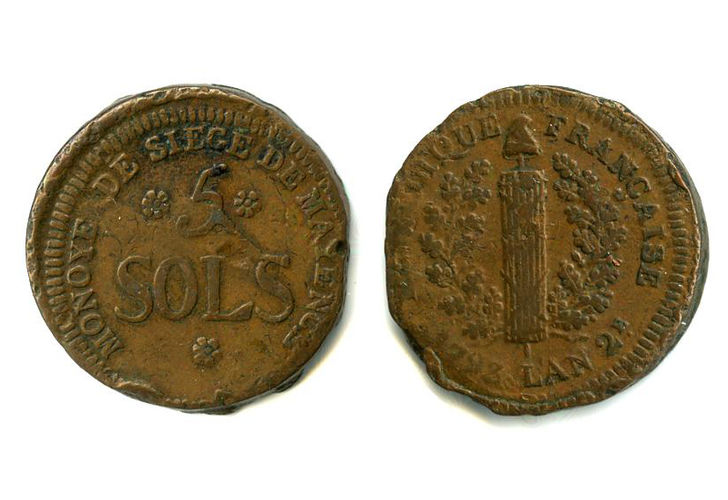 The first Republic on German soil

On 21st October 1792, the city of Mainz capitulated to the French Revolutionary Army. The short-lived Mainz Republic was founded in the few months between the victory of allied German forces over the French and the city being reconquered in June 1793. It encompassed territory west of the Rhine between Landau and Bingen. This was the first democracy on German soil.

The soldiers of General Adam-Philippe de Custine were considerate to civilians, as occupied German territories were supposed to voluntarily join with revolutionary France.

Indeed, two days after the city’s capitulation, the Jacobin Club of Mainz was initiated. Their aim was to spread the values of the French Revolution in Mainz. On 24th February 1793, elections based on a universal franchise took place in what was the first democratically elected parliament on German soil.

The Jacobin Club of Mainz

The “Society for the Friends of Liberty and Equality” was founded by 20 professors, students and civil servants on 23rd October 1792. Like its French predecessor, a club that met in the Parisian Jacobin monestary, the Mainzer club fought for the French revolution’s ideals of liberty, equality and fraternity, as well as the establishment of a republic. There were 450 members by the end of November 1792, almost half of them craftsmen. It aimed at converting the public to the revolution through “readings to the people”, newspapers, and symbolic gestures such as the planting of ‘freedom trees’. However, public attitudes to the revolution became more critical as of December 1792, particularly after the occupied territories’ right to self-governance was rescinded on 15th December. Finally, only eight percent of voters in Mainz took part in the election of the National Convention.

On 2nd December 1792, Allied armies had already reconquered Frankfurt, and were pushing on yet further. The French king Louis XVI was beheaded on 21st January 1793. The elections for a “Rhine-German National Convention”, the first German parliament, took place under French control and under pressure.

In the Mainz Deutschhaus on 17th March 1793, 130 freely elected representatives met for the first time. The next day, they founded the “Rhine-German Free State” that was to be unified with France. The enthusiastic response of Paris to this request for unification had no effect in Mainz, due to the occupied city being on lockdown.

During the four-month occupation by Prussian troops, French occupation coins were minted in order to provide both soldiers and civilians with money. They were produced at a time of crisis, and were badly centred. They show symbols of the French Revolution such as the ‘Liberty cap’. On 23rd July 1793, the French capitulated, and handed the city over to Prussia. This also marked the end of the Mainz Republic.