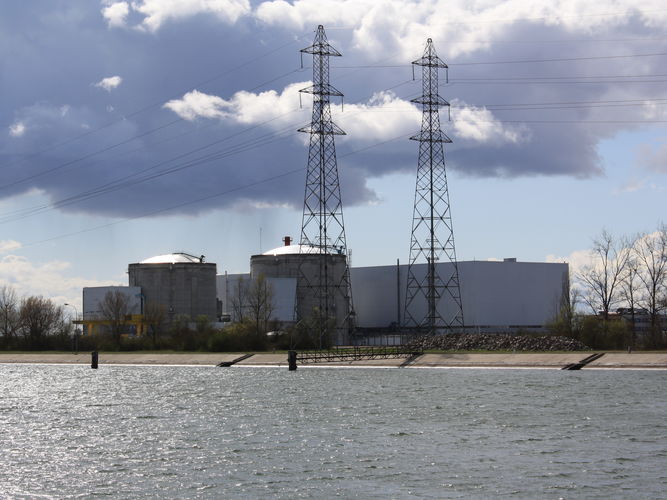 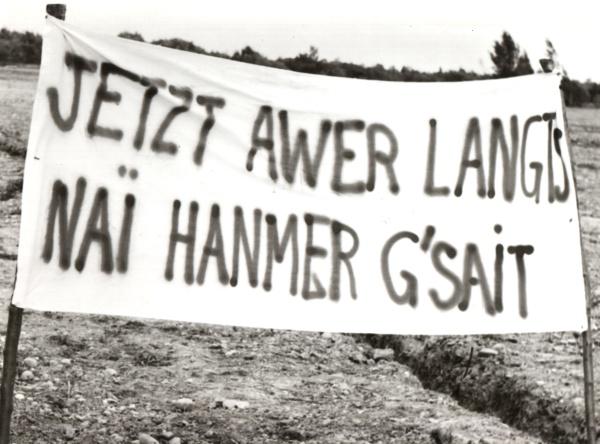 In the 1970s, international campaigns against nuclear power and a planned chemical plant were organised between Marckolsheim and Fessenheim in France, Wyhl in Germany, and a neighbouring Swiss border region.

Numerous public action groups merged into the 1974 “International Committee of the 21 Baden-Alsace Citizens Initiatives”. Campaigns such as “We’ve had enough” (Nai hämmer gsait) have been active for decades, and are still seen today in the cross-border dialect of Allemanic.

The successful campaign for a cleaner environment in Marckolsheim and Wyhl was not only a turning point for the environmental movement in Europe, but also another building block to French-German friendship.

“Jetzt reicht es aber – nein haben wir gesagt” (“That’s enough – we said no”) is written in Alsatian dialect on a demonstrator’s banner seen during the occupancy of a construction site in Marckolsheim. In 1974, the German company CWM, Chemische Werke München (Munich Chemical Works) planned to build an environmentally damaging lead factory on the French side of the Rhine.

This had the potential to produce 800 tonnes of poisonous lead oxide per year.

As a result of this, citizens from France, but also Germany and Switzerland occupied the construction site.

On 25th February 1975, the French government denied permission for the CWM company to build the lead factory in Marckolsheim.

Read more about the protests in Wyhl.