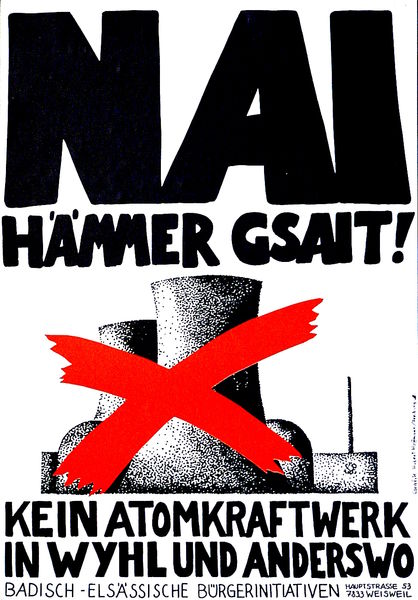 The new location of a nuclear power plant in Germany became known on 19th July 1973 – Wyhl. The Alemannic anti-nuclear movement organised themselves, and Hubert Hoffmann designed a banner using the “Nai hämmer gsait” (“We said no!”) motto from Marckolsheim in France.

In August 1983, after ten years of disputes between nuclear power plant operators, the regional government of Baden-Württemberg and citizen’s initatives, construction plans were eventually shelved.