Weimar: The Essence and Value of Democracy
1 / 5 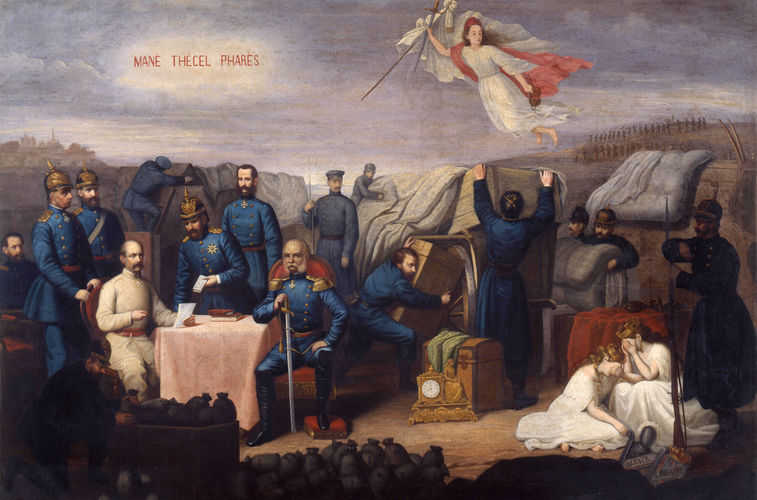 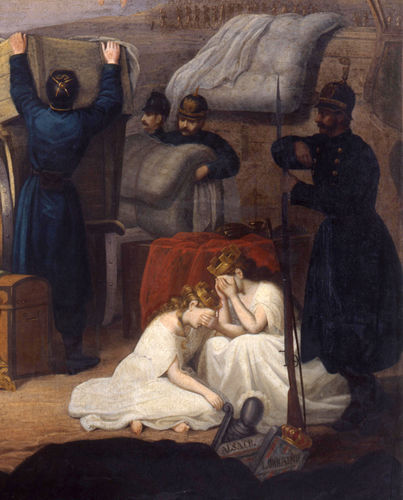 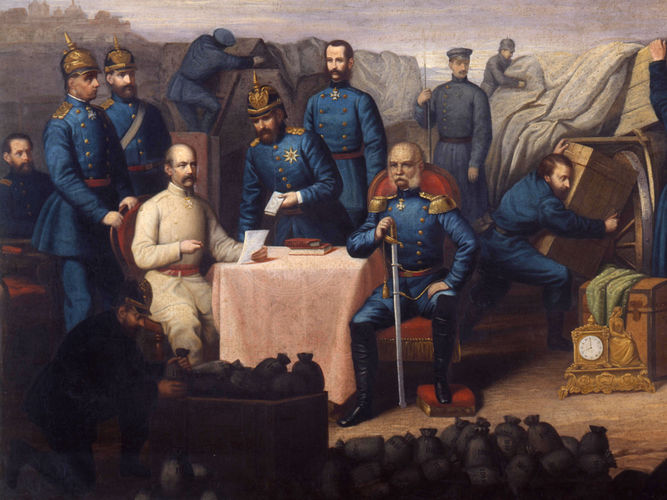 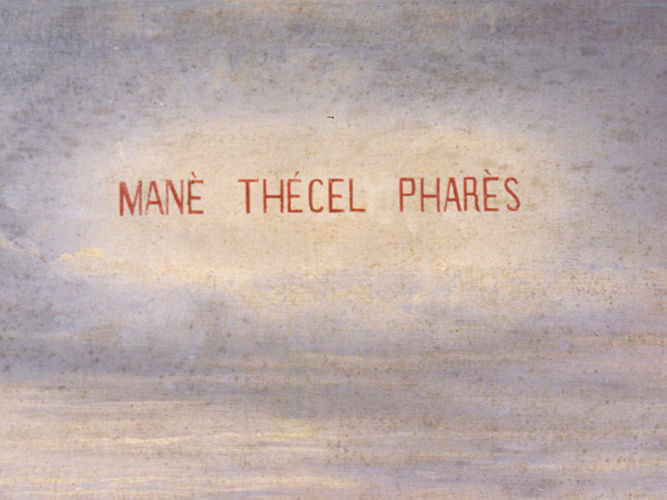 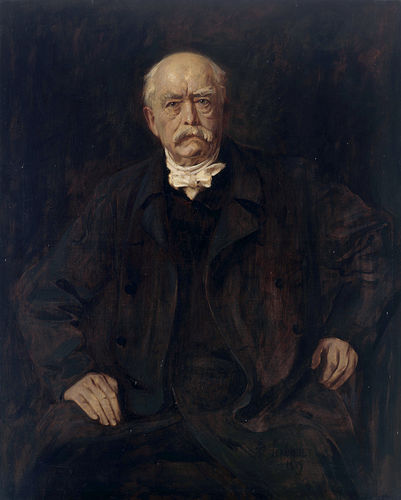 The Annexation of Alsace-Lorraine

On 18th January 1871, Wilhelm I was proclaimed German Emperor in the Hall of Mirrors in Versailles, and the Treaty of Frankfurt ended the Franco-German War in May 1871.

In this French painting, Emperor Wilhelm I and Chancellor Bismarck are receiving war reparations.

In the treaty, Bismarck determined that France was to pay 5 million gold franks (1,45 tons of pure gold) within three years. The painter symbolises the loss of Alsace and parts of Lorraine through two weeping female figures. An ominous warning  - or “writing on the wall”: “Mane Thécel Phares” - appears in the sky. These words derive from a biblical propesy of God in Akkadian language to King Belshazzar: his days were numbered (Mane), he was shown to be unworthy (Thékel), and his empire would be divided (Pharés).

Defence and criticism of the annexation of Alsace-Lorraine

After victories in Weißenburg and Wörth, German troops occupied Alsace. A govenor-general for German-occupied areas was installed on 21st August 1870, during the Siege of Metz. Alsace and parts of Lorraine became integral parts of the German Empire on 28th June 1871. Minister-President Otto von Bismarck defended the annexation of Alsace and Lorraine in a decree to the Prussian ambassador in London dated 21.8.1870 :

Public opinion in England will understand that a quick repeat of the monstrous sacrifice that this war cost our people, whether they be in palaces or villages, is to be avoided if at all possible; and that we must better secure southern Germany against the danger of its open position than we have previously, where from Strasbourg, clever and energetic leadership could at any time assault not only Baden, but also Württemberg and Bavaria. Today, we stand on the battlefield against the 12th or 15th war of invasion and conquest carried out by France against Germany within the last 200 years. In 1814 and 1815, one sought surety against a repetition of these disturbances of the peace in the mild treatment of France. The danger, however, lies in the incurable imperiousness and arrogance innate to the character of the French people, and which can be misused by every ruler of the country to attack peaceful neighbours. Our protection against this evil lies not in unfruitful attempts to momentatrily mitigate for the sensitivity of the French, but rather in our gaining of well fortified borders.

Karl Marx, the social theorist and founder of Marxism, criticised the planned annexation of Alsace-Lorraine on 8th September 1870 :

If ever ther was a conquerer who took “material guarantees” to break the strength of a nation, it was Napoleon I through his Treaty of Tilsit and the way in which he put this into effect against Prussia and the rest of Germany. But for all that, his gigantic power broke like a rotten cane before the German people. What are the “material guarantees” that Prussia, in its wildest dreams, could or should impose on France, as compared to those imposed by Napoleon I himself? This time, the result will be no less ominous. History will measure its retribution not on the extension of square miles ripped from France, but from the scale of the crimes created by the policy of conquest in the second half of the 19th Century.