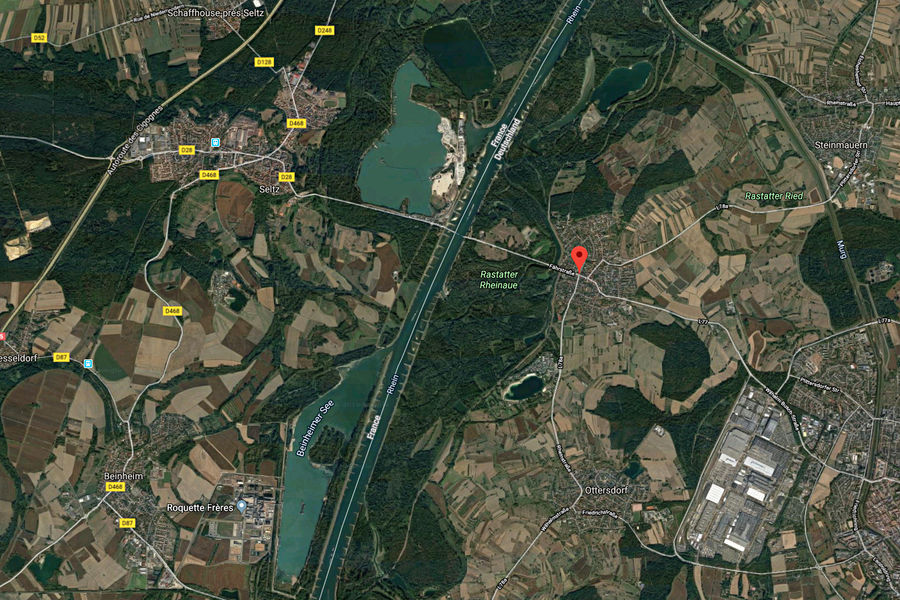 From erratic river to waterway

In the 18th Century, the village of Plittersdorf, located between the Rhine and Rastatt, was particularly endangered by the high tide of the Rhine.

The river was unpredictable due to both rainfall and melting snow in the Alps, often flooding its banks.

Its course changed within the landscape of  Auen, which  measures up to three kilometers across in some places, influencing the border between German and French territories.

In 1817, to improve flood defences, and to gain agrarian land, the hydraulic engineer Johann Gottfried Tulla led one of the largest construction projects yet undertaken in Germany: the straightening of the Rhine.

After Tulla, Max Honsell extended the Rhine beginning in 1907, allowing traders to reach Basel by ship. The “modern Upper Rhein development” from 1928 to 1977 aimed to gain energy from hydro-power stations, dams and reservoirs. The Rheinaue in Rastatt remained one of the few naturally floodable wetlands in the Upper Rhine.

Tulla’s plan to straighten the Rhine

An agreement between the neighbouring states Baden and Bavaria was made in 1817. Tulla could now begin with the straightening of the Rhine near Karlsruhe. Thorugh canalisation, the  serpentine river would be coerced into a single, straight bed.

Tullas objective was to deepen the riverbed. The main current was to carve itself deeper while being held between protective embankments. In addition, the loops of the river were punctured at their narrowest points, with the water directed through a previously excavated 10 meter wide canal. The widening to around 250 meters was achieved by the river itself. The banks were fortified and dams were built. The ground water level was thereby lowered and the area de-swamped.

With the land gained, the malaria that was still being spread by mosquitos in the Upper Rhine Valley could be repressed. However, the fishing industry declined and gold panning ceased entirely.

After Tulla’s death in 1828, construction continued until 1876, at which point the Rhine between Basel and Bingen was 81 kilometers shorter.