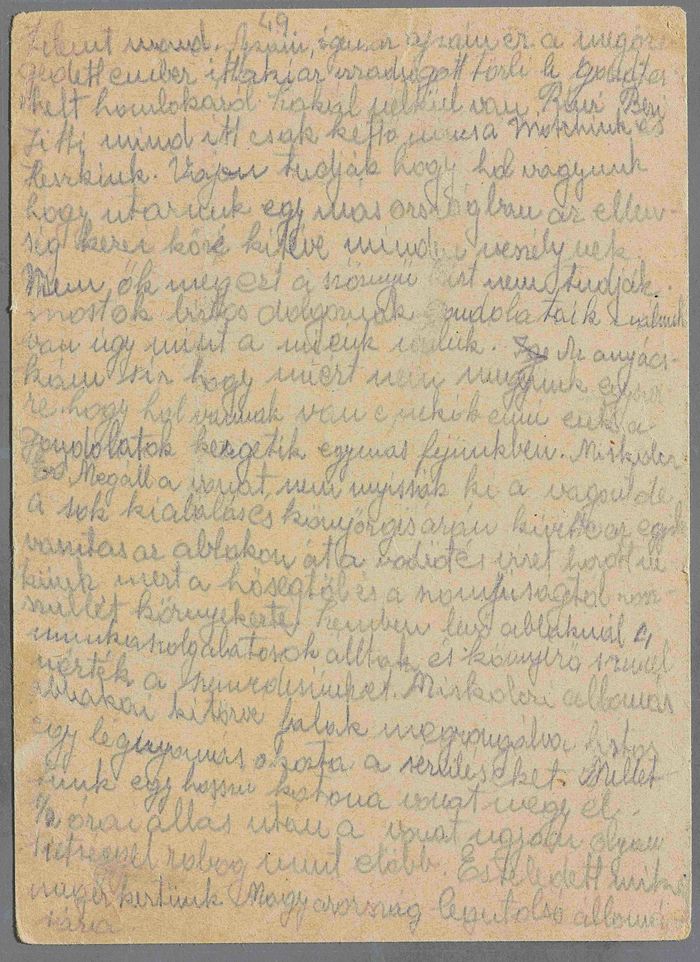 My father, yes, my father, this old man who wipes the sweat from his forehead. He no longer has a beard. Rüvi, Beri, Jitti, all of them are there, just our Motchi and Heszki aren’t. Do they know where we are? That we’re going to a different country, to the enemy, exposed to so many dangers. No, they don’t know about this terrible news. They are surely at work now, and their thoughts are with us, just as ours are with them. My mother is crying because we are no longer together. Where might they be, do they have something to eat, these thoughts constantly circle in the head. Miskolcz. The train stops, the wagons are not being opened, but after intense pleas, a railwayman takes our bucket, after all, and fills it with water, because we are sick from the heat and thirst. Opposite us, at the window, stand four workers who look at our suffering with tears in the eyes. The windows of the Miskolcz train station are all broken, the walls damaged, surely because of the pressure of the explosion. Next to us, a long train with soldiers speeds past. After halting for half an hour, the train continues with the same speed. It’s dawning when we reach Hungary’s last stop, after Košice.