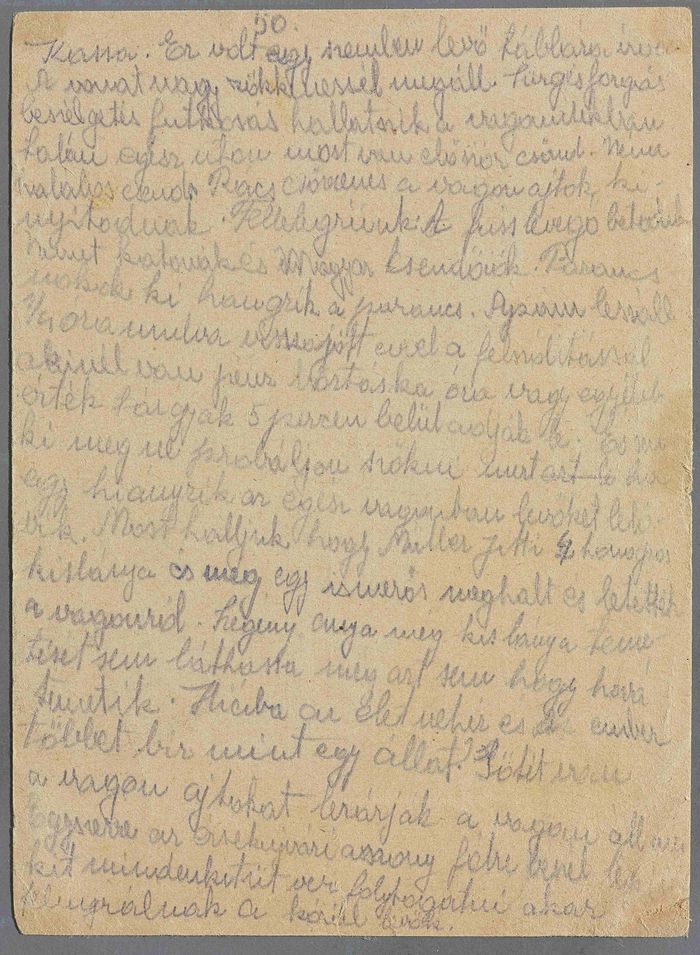 Košice, the sign on the opposite said. The train stops with a big jolt. Lots of activities, one can hear voices and a back and forth, but it’s quiet in the wagon, perhaps for the first time since the departure. A clank, and the doors are opened. We breathe again. Fresh air blows in. German soldiers and Hungarian police officers. Principals, get out!, is the command. My father steps outside, and after a quarter of an hour, he comes back with the request that those that have money, leather bags, watches, or other valuables with them should hand them over in five minutes. Nobody is supposed to try and flee, because if only one person is missing, everyone in the wagon will be shot. We hear that Jitti Müller’s four-month-old daughter and another acquaintance have died. They were brought out of the train. The poor mother, she cannot even participate at her daughter’s funeral, she won’t even know where she’ll be buried. Never mind, life is hard, and humans can take more than animals. It’s dark. The wagon doors are locked again, but the train is still standing. Suddenly, the old woman from Érsekújvár talks crazily, she’s thrashing and tries to strangle people.