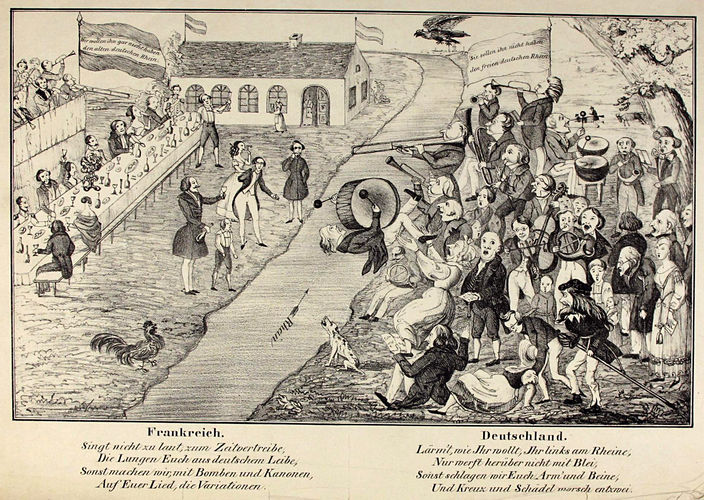 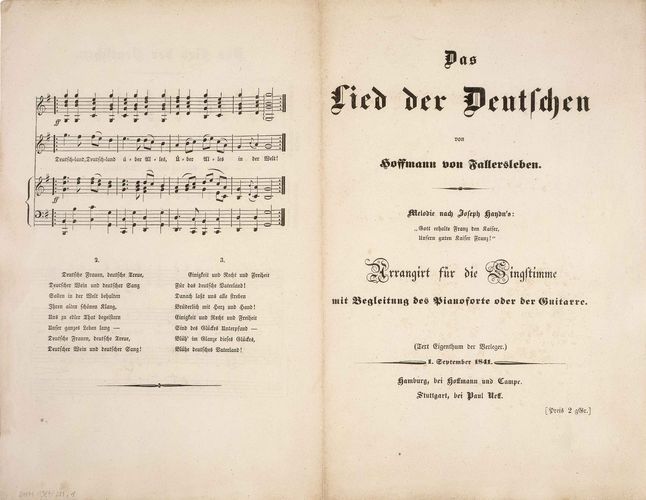 After the Congress of Vienna in 1814, the territories west of the Rhine annexed by Napoleon were once again German. However, in 1840, the French government again laid claim to them. Prime Minister Adolphe Thiers attempted to divert the population’s attention away from a diplomatic defeat in Algeria towards another objective by again demanding the Rhine border. During this tense situation, the German lawyer and poet Nicolaus Becker published his poem “The German Rhine” in 1840, dedicating it to Alphonse de Lamartine.

The poem "The Watch on the Rhine" by Max Schneckenburger, and “Song of the Germans” by Hoffmann von Fallersleben, were also written in this period.