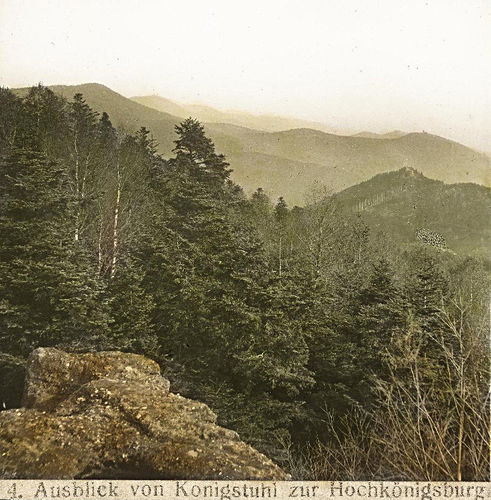 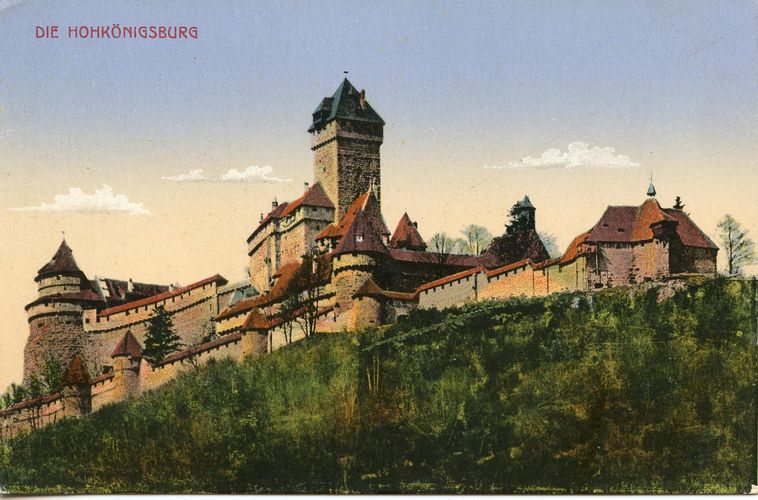 A controversial castle restoration in Alsace

The Haut-Koenigsbourg lies ten kilometers west of Sélestat. It is one of the most visited sights in France. Built in the first half of the 12th Century, the imperial castle of the Staufer has been destroyed on several occasions. In 1871, Alsace was annexed to the German Empire, and the city of Schlettstadt gifted the castle to the German emperor Wilhelm II. He commissioned the Berlin architect Bodo Ebhardt to rebuild and restore it.

Schlettstadt reluctantly paid half of the 1.4 million mark construction costs, and there was heavy criticism of the German restoration work. Today, the castle is the only French national monument in Alsace.

Between 1901 and 1908, the castle was restored by Bodo Ebhardt, commissioned by Wilhelm II.  Growing up in Sankt Goarshausen on the Rhine, the auto-didact Ebhardt explored numerous castles, and later carried out scientific research on European castle construction. He opened an architectural office in Berlin, and made a name for himself with the reconstruction of over 50 castles and palaces.

He secured the parts of the castle that still remained, and strove for historical accuracy. However, in order to restore the castle to its condition previous to the Thirty Year’s War, he had to improvise in many places. Sometimes he invented particularly picturesque elements that corresponded to the emperor’s tastes.