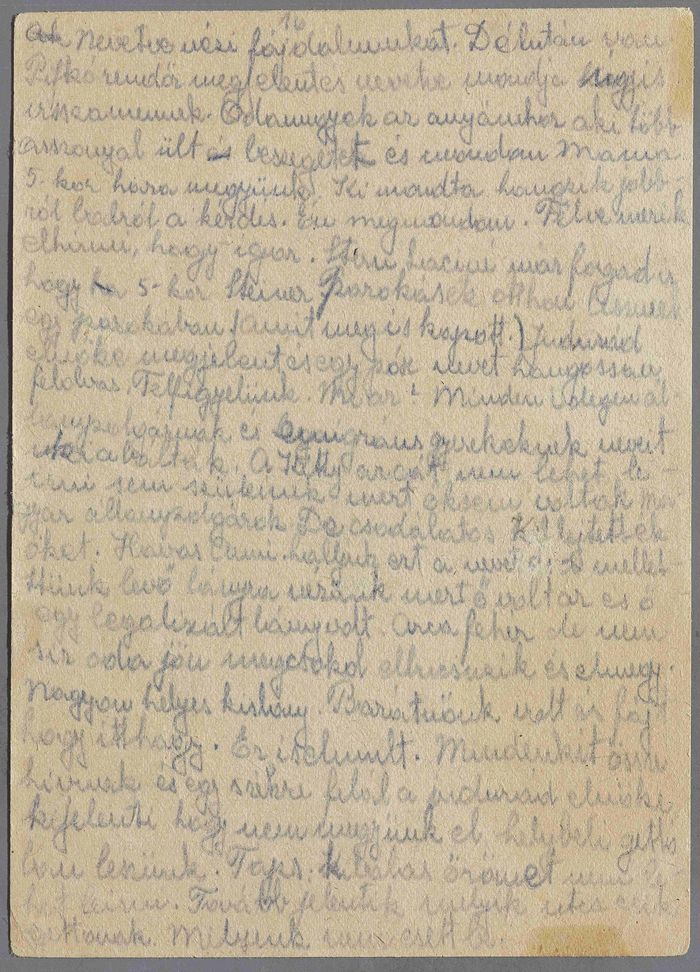 looks at our pain, laughing. It’s afternoon. Police officer Pifkó appears and says, laughing: You’re going back anyway. I go to my mother, who is just talking to others, and say: Mum, at 5 we’ll go home. I hear the question from every side: Who says that? I tell them. Out of fear, they believe only half-heartedly that this could be right. The wife of Laci Stern immediately bets a wig that the wig-maker family Steiner will be home at five (the wig she then also gets). The president of the Council of Jews appears and loudly reads out several names. We listen. What do we hear? The names of other citizens and children are called out. I cannot describe the face of Kitty and her parents. They were no Hungarian citizens, either. Curiously, one had forgotten, though. We hear the name Anni Havas. We look at the girl next to us, for that’s where she stands. She is legalized. Her face is pale, but she doesn’t cry. She comes, gives a kiss, says goodbye and leaves. She is a nice girl, she was our friend, and it hurts that she’s now leaving us. This is also over. People are rounded up, the president of the Council of Jews stands on a chair and says that we won’t go away, but will stay in a local ghetto. People applaud and shout out loud. One cannot describe the joy. It is announced which streets will be part of the ghetto. Our street does not fall under this area.