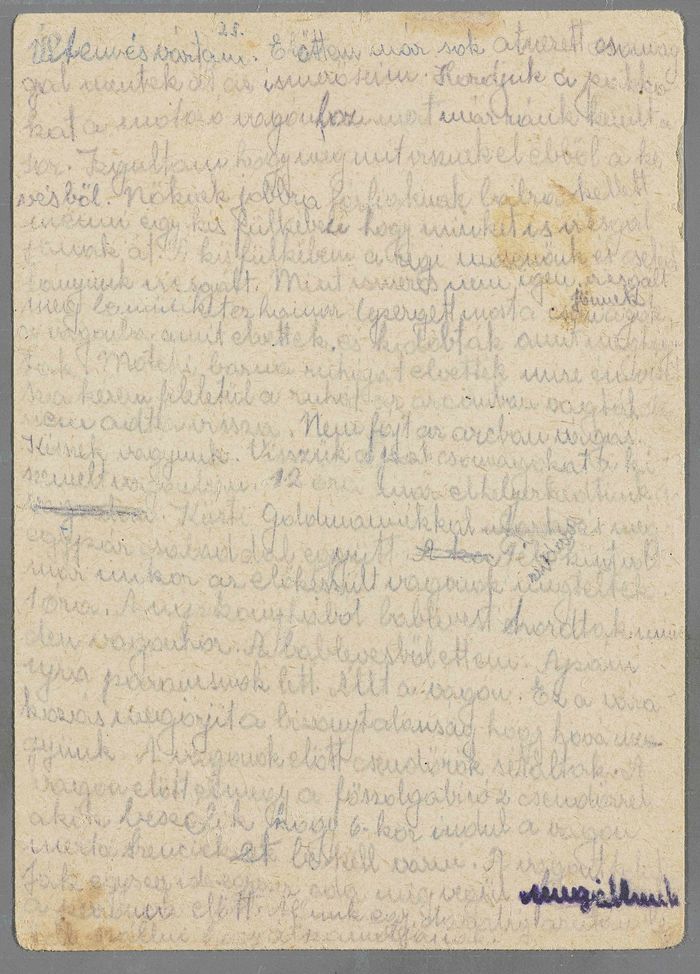 I sat there and waited. In front of me, acquaintances walked past with their luggage that had been searched. When it was our turn, we carried the luggage to the wagon for inspection. I was nervous – what might be taken away, from these few things? The women had to go the right, the men to the left for the body check in a small cabin. Our former laundrywoman and our maid searched us in the cabin. Since they knew us, the whole thing didn’t take long. A part of the luggage came into the wagon, the rest was thrown away. Motchi’s brown clothes were taken away. I reclaimed the things, and as an answer, they threw them at my face. However, we didn’t get them back. It didn’t hurt. We were done. We carried the things into our wagon. At around 12, we took our seats, together with the Goldmanns from Kürt and the other families. Half of us were already outside when the wagons filled up. 1 o’clock. They brought bean soup from the soup kitchen to the wagons. I ate the bean soup. My father became principal again. The whole waiting annoyed me, plus the uncertainty where we might be brought. Two police officers walked up and down in front of the wagons. The chief judge walked past our wagon with two police officers and talked about the train leaving not before 6, because one had to wait for the people from Szenc. The wagons were pushed back and forth until we stopped at the platform. We stood there for a while, then we had to get out in order to be counted.