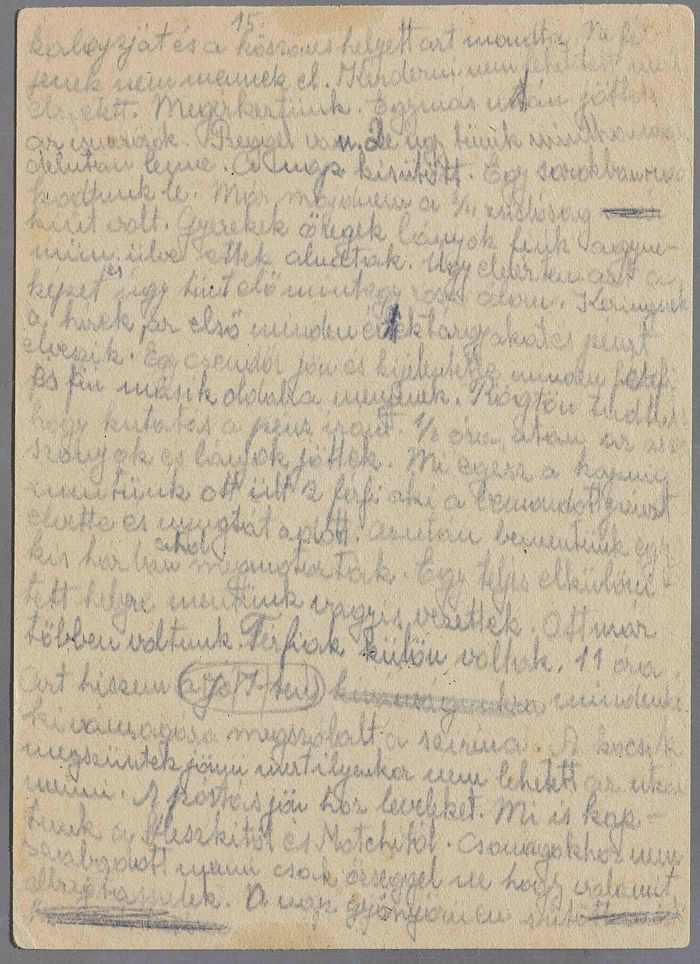 Instead of greeting us, he just said: Don’t be afraid, you won’t be deported. We couldn’t ask him anything, because he quickly left.

We had arrived. The acquaintances were coming, one after another. It was still morning, but it seemed as if it was already afternoon. The sun was shining. We put our luggage in a row. Almost ¾ of the Jews were already there. Children, old people, girls, my aunt. They sat, they slept. I looked at this scene, which seemed like a nightmare to me. Rumours were spreading. It was rumoured, for instance, that all valuables and money will be taken away. A police officer came and said: Men and boys should go to the other side. We knew immediately that they’ll now search for money. After half an hour, it was the girls’ and women’s turn. We walked up to the gate. There a man took the pronounced sum away from us and gave us a receipt. Then we had to enter a small house, where we were searched. The men were separated from us. 11 o’clock, I think. Fortunately, the sirens started. Since one was no longer allowed on the street, no more carriages arrived. The postman came and dropped letters by. We also received some, from Heszki and Motchi. We were not allowed to go to our luggage, only with the guard, so we wouldn’t hide anything. The sun shines beautifully and